Among the first question that popped up once 3D Touch was officially revealed was this: how well will 3D Touch work with screen protectors on the iPhone 6s? Fortunately, the answer to the quetion  came around fairly quickly, but there’s nothing like trying it out for yourself . 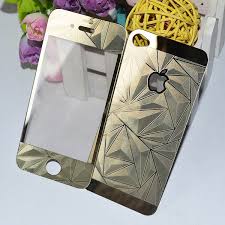 I found that, as Apple stated, as long as the screen protector is 0.3mm thick or less, electrically conductive, and lacks air gaps, it should work well. The Spigen GLAS.tR worked perfectly fine and didn’t interfere with 3D Touch at all. I was able to do app icon 3D Touch gestures, and it even played nice with the App Switcher 3D Touch gesture.

As you guys probably know, I’ve never been big on screen protectors or cases in general, but I’m looking to do things a bit differently this time around. My iPhone 6 Plus is full of hairline screen scratches, and some are fairly deep. I’m not super particular when it comes to things like that, but I figured I’d give a screen protector a shot this time around.

I reserve the right to change my mind at a later date, but I’m actually kind of digging this screen protector. I’m not too keen on the fact that it doesn’t extend all the way to the edge of the screen, but I think that’s the design Spigen was aiming for. Whatever the case may be, the design doesn’t interfere with the 3D Touch gestures in any way.

One of the main things that I hate about screen protectors is how difficult they can be to install. Since this is glass, however, it’s actually pretty easy to install correctly. As long as you properly clean the screen using the included tools to remove any dust, the screen protector sort of suctions itself on to the iPhone’s screen. There isn’t a lot of manual labor required to get the GLAS.tR on properly as long as you line it up right.

We’ll see how it goes, but for now, I’m keeping this screen protector on my iPhone 6s and 6s Plus. I know that sounds weird coming from me, but this is a new generation, and I’m ready to do things a bit differently than I have in the past.